Rock n roll and The Brains

1980 at the late lamented Record Bar, searching through the cassettes.


In the attempt to try find something new I came across a interesting band. The Brains they were called and a couple things looked interesting. One it was produced by Steve Lillywhite to who helped shaped Eddie And The Hot Rod's 1978 Life On The Line CD. And second of all, one of the guys looked like the drummer from that band. Must have been British right?

WRONG. The Brains were actually from Georgia and second of all they played high intelligent new wave that rocked a bit harder than their New Wave brethren. And the guy I thought was the drummer was actually the bass player. The "brain" behind The Brains was a quirky looking keyboardist by the name of Tom Gray whose songs of desperation helped shaped songs such as See Me, their best known song Money Changes Everything and my opinion the best song off the album Girl In The Magazine, which sounds like the answer to Pictures Of Lily.


Although Lilywhite did produced the album the loud drums was actually recorded by Mark Richardson, one of the most prominent sound engineers at that time. For years in my own band while trying to learn Girl In The Magazine, we have tried and failed to get the loud drum sound. In my other top forty band, nobody cared to covered any of The Brains songs. Not worthy to get folks out on the dance floor they said. What did they know. Although KRNA never bothered to play anything off the album, KKRQ did play Money Changes Everything after midnite a couple times but the underground college stations KUNI and KRUI did pick tracks off the album, KUNI tracking In The Night and Magazine and KRUI playing Raeline.

Like the majority of bands that were on Mercury/Polydor, the lack of promotion didn't help The Brains, especially with the new Rush Permanent Waves coming out, although The Brains did move enough copies to warrant another effort Electronic Eden. A little more discontent sounding, perhaps dealing with the hassles of being on a major label, this album has the most dated of sound, although Lilywhite and Richardson were back on board. My faves remain Dreamworld and Asphalt Wonderland. Nevertheless, Manfred Mann's Earth Band did cover Heart In The Street for their Change album of 1981. But shortly after Mercury/Polygramm dropped the band and with a change of bass players (Keith Christopher comes on board), found themselves on Landslide in 1982 with the classic Dancing Under Streetlights EP of that year.

Listening to Streetlights, one wonders what would have happen had it become a full album. Rolling Stone gave it a four star rating and there could have been two bonified hits with the title track but the second song Tanya was the song for the ages. One of the more chilling account of (what I thought) was about a guy running into a ex girlfriend years later as she drove down the road in a station wagon full of kids. A song that reminded me so much of somebody that I dated, only to find her five years downtown with a husband with two daughters.


Sometimes a song can become a reality before you know it.

Tanya the song itself was way too smart and way too hooky for the classic rock stations out there. How the Hell did Tom Gray write that song the way it was written? Perhaps he might have lived that song. Like I did when I ran into someone that I used to go with.

And with the final chorus line Tanya will life be a song/Tanya why be a song? It is the thought that living in the fantasy and thinking of being together and actually being together are two different things. Certainly the intense guitar notes from Rick Price and Tom's keyboard at the end brings the song to a crashing finale as, like the band, echoes out into the distance. Never to be heard from again.

But that would be the end of The Brains as we would know them. Charles Woolf would leave being replaced by Mauro Magellan and the band disbanded soon after. Nevertheless, Christopher and Magellan would join forces with Rick Richards and Dan Baird to become something more different and something more southern boogie. You know them as the Georgia Satellites.

Cyndi Lauper did keep the memory of the band going for me by covering Money Changes Everything but in my opinion she murdered it on that MTV video that played in 1984. But till then and now Tom Gray disappeared from up here, untill in 2004, while using Google to do research, I come to find out that Gray had taken up the steel slide guitar and formed a band by the name of Delta Moon and completely redoing his sound from hard edged new wave rock to straight ahead Southern Delta blues based rock, making four albums in the process, all free from the major label hassles of years ago. In fact the first Delta Moon album, Charles did play some drums on some of the tracks. 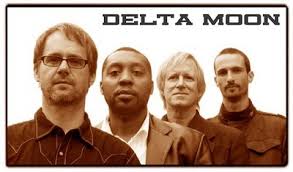 But The Brains in the CD age? Non existent. Hell, I had to transfer my cassette copy to CD with Dancing Under Streetlights and Tanya with bonus tracks. The Brains 1980 album still holds up very well enough though it does show it's 80s sound. And there are fans still out there (a lot of them have cropped up on my space the past weekend, with the official Brains and Delta Moon My Space sites and even Charles Woolf has his own my space profile) so I imagine if each and every one makes requests to the special order record companies, (Collector's Choice or Nina's Discount Oldies/Collectibles label, perhaps even Hip O Select can issue it, even with 5000 copies it would sell out-look at Rank And File) and request The Brains output to be reissued I'm sure it can be done but major labels tend to do what they want and not exactly the fans.

But a Brains fan is forever, and if you have read this far, include yourself. Who knows, there might be a few surprises in store for us in preserving the history of one of rock's ahead before their time bands.


PS: Charles Woolf the drummer died from cancer in September of 2010.  He wasn't even mentioned in any of the music publications that I came across in that time.  Such a shame really; I always thought he was one of the best drummers that nobody ever heard of.  Tom Gray is looking more like an old hippie ( ;-) )but he continues to amaze the music world with his music.  Hellbound Train is a modern blues classic.  Check their site out.

Update 2020 :  Tom Gray was diagnosed with cancer in 2019 and has been trying to get over that.  Since the last update, Delta Moon has issued two albums, 2018's Babylon Is Falling and 2017's Cabbagetown, two albums that I have yet to hear.  As for The Brains reissues,  Universal has no intention of issuing that anytime soon, not that we have been on their case about the reissue.  Andy McKie mentioned that he would see what he can do but that was about 20 years ago.  Good thing I managed to overdub my cassette copy back in 1997.  I'm sure the master got lost in the 2008 fire.

https://thebrains1980s.com/home
Since this is the number 1 most viewed page,   I found that Tom Gray finally after many many many many years of trying finally got the tapes back in hopes of putting together that long lost reissue of The Brains albums.  Sometimes, it's hard to know what's going on and even tho this blog is over 10 years, it probably needs a revision of sorts.  They do have a Facebook fan site to keep up on the latest. 10 years after the passing of Charley Woolf there is finally hope that we can finally see a official reissue of this album. All I can say is, it's been a long time comin.
If Tom and company want to promote this all over the place tribute to that band, I'm all for it.
Posted by R S Crabb at 1:05 PM

RS, I am trying to figure out a way to copy/paste this to the myspace site. WIll you help me out with that? This is one of the best items I have EVER read on THE BRAINS. PERIOD.
Thanks, Margaret.

Nice article! To me, "Money Changes Everything" is one of those True Songs - a song that tells a story that has always been true in the past, was true at the time of its writing, and will always be true as long as we have human beings. They were one of my top 10 fave artists of the time and I still vividly remember being at the lip of the stage at a Boston club they played at. It's nice to know that Gray is still out there.

I am extremely irked that we can't get their albums on CD.

Very much agreed. I know I have left many emails to Andy McKaie at Universal about getting The Brains' albums reissued on CD. Even if they just made a limited edition of 2500, I'm sure they would sell out.

Tom Gray is in Delta Moon and he has made four great albums over the past decade and he did remake Money Changes Everything. The album is called Clear Blue Flame and if you see it, pick it up. It's classic.

Excellent article about a vastly underrated band. To be truthful, many of those early "new wave" bands did not stand the test of time. The Brains did.

Thanks for the article. After reading this, I am getting a haircut. Tom

Thank you for reading Tom. IT made my day! Anything I can do to support your bands I'll do my best. Cheers!

Glad to know the Brains are still being appreciated elsewhere. I've been preaching those first two albums to musical friends since 1980. It still stands up. Thanks again.

Thanks for reading Jeff. Here's hoping that they will reissue The Brains albums on CD or Itunes soon. ;)