April Finds at Half Price Books

CD
The American Breed-Bend Me Shape Me
Carlene Carter-I Fell In Love
Los Lonely Boys-Sacred
Weather Report-Mysterious Traveler
45's
Half Breed-Cher (MCA-40102) #1 1973
Misery-Soul Asylum (Columbia 77959)  #20 1995
Burning Heart-Vandenberg (Atco  7-99947)  #39 1982
Stepping Out On You-Jimmie Skinner (Mercury 70792)  1956
Every spring, there's a record sale on 29th street in Marion.  To which the guy puts out a very interesting collection and lots of records.  I'm not sure if he used to have a record store or perhaps, is a picker at the thrift stores in town.  I went there in 2017 and found a few off the wall 45s and made off a haul.  Perhaps he knows me too well as a record collector or hoarder.  He had some great behind the counter 45s but he said they were not for sale and steered me toward the big box of 500 records he was selling for 50 dollars or ten cents a record.  No cherry picking.  To which I took a peak, turned up my nose and went on my merry way to Goodwill to pick up a couple of CDs.
The 45s found were from Half Price Books, the Marion location that doesn't showcase museum records.  My thought is this....I'll be happy to find and acquire single records when I see them and if they are in good shape.  Buying in balk doesn't benefit me, it takes up space of unwanted 45s and I will donate them to St. Vinnies or Goodwill.  500 records for 50 dollars might be a good day if you throw in something of value, perhaps I should have stacked the Lavern Baker 45 I was looking at and then try to get away with that. Outside of So You Wanna Be A Rock And Roll Star, I wasn't impressed with what I seen, too much pop, too much hack country and way too many records that have seen better days.  You can't bullshit a record collector.   I'll support whatever record sales that I seen around town, I'm sure I'll be back in another four years, but I don't think 45s sell as well as albums.  I would have made another buying exception for We Ain't Got Nothing Yet from Blues Magoos.  But in the end, it's your inventory and my money, and my money still spends good elsewhere.
I don't see a lot of 45s in the 1990s, a very rare and usually they are jukebox copies.  Which explains why I found Soul Asylum's Misery which made number 20 on the charts in 95 but you never hear it on the radio.  I love the hook Frustrated Incorporated as the tag line.  I had Grave Dancer's Union a couple times on CD but never thought it was worth keeping around.  Probably why I never bothered to get the follow up Let Your Dim Light Shine.  B side is a punk rock raver but I can't read the title (Hope) . A cover of the Descendants song.  It made the Japan edition of the album.  I had Burning Heart as a single years ago, and it is one of the best hard rock ballads of the 80s.  Not sure if Razor N Tie stuck it on one of those metal ballads they were famous for at that time.   B side Burning For You was a passable hard rocker.
In this day and age of cancel culture, you don't hear Cher's Half Breed on the radio anymore but it is one of her better numbers during the early 70s with Snuff Garrett producing.  Stepping Out On You is Jimmie's first Mercury single and is 100 percent pure hillbilly. The Billboard review gave it a B plus.  I'm a sucker for this type of country western.  Record shows its age but plays pretty good.
A shame I couldn't get Tweedle Dee.
Posted by R S Crabb at 10:36 PM 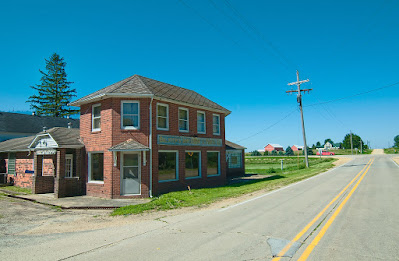 What was found.
Bo Deans-Joe Dirt Car
Carlene Carter-Little Love Letters
Rolling Stones-A Bigger Bang
White Stripes-Get Thee Behind Me Satan
Steve Earle-JT
Paul Stanley-Soul Station
Satan Get Back-Brother Claude Ely
Shrek Soundtrack
Margaret Whiting-Capitol Years
Dan Tyneski-Wheels
Kasey Chambers-Barricades and Brickwalls
Julie has never been with me when I went out to go looking for music in the years that we been together. In the spring/summertime she is outside in her garden.  I told her of what to expect.  Expect a long time of me going through the 45's and CD section at the local Goodwill and whatever Moondog Music has for music.   I know the last thing she really don't need and especially on her birthday is to waste away the hours watching her man bore her to death about some scratched up 45 that she never heard about or forgotten.  So I needed to make it her day as well, so we decided to go up to the National Mississippi River Museum n Aquarium on the riverfront so she can check out the otters and stingrays and other fish and animals of the area.  And she enjoyed that time and loved the paddlefish and stingrays.  Franklin, came along for the ride.  I was somewhat worried that he wouldn't like the hour long trek to DBQ and back but he handled it well.  With him being 12 years old, he couldn't do the river walk but he did mark his spot on the bushes by the Diamond Jo Casino.
Julie didn't have to suffer much through the 45s, Moondog Music didn't have any new 45s coming in, so I did pick up some new stuff from Paul Stanley and Steve Earle (no Too Much Joy however).  I think we spent about a half hour in Moondog, then off to Goodwill to which they had over 1,000 cds (8 Hootie and the blowfish Cracked Rear View for sale)  and found the BoDeans live album that Tommy Bruner talked about being their best.  This copy was a bit played, the Rolling Stones and White Stripes are repeat buys. The Brother Claude Ely is interesting for his version of Ain't No Grave to which my band covered on last year's album.  While Julie was buying some yard art, I sneaked over to Stuff Etc to see what they had and I was in and out in five mintes.   Julie was spared of going to St. Vinnies and Uncle Ike's Music was closed when we got done at the Museum.  For a birthday girl, she was a bit grumpy about getting up early but she had a good time.  And on the way home Bob Dorr played some classic stuff from his Backtracks songs and while he said all that who donated will get get a chance to win a collection of 45s, a stack of 3 record holders with cool 45s.  To which Turn On Your Love Light by the Human Beinz was played to which I almost stopped the car in traffic in amazement.   Afterwhich, I promised to donate to Iowa Public Radio.  After a 12 hour nap after dropping Julie and Franklin off and heading home myself, I opened up the pocket book and donated to the cause.
After all, I think it was worth 125 pledge to get a Backtracks shirt and to hear Turn On Your Love Light.
Posted by R S Crabb at 11:12 AM No comments:

While Madison started selling museum 45s, our hometown had a few of note.  Which were cheaper and better.
Rock The Boat-The Hues Corporation (RCA APB0-0232)  #1 1974
Too Weak To Fight-Clarence Carter (Atlantic 45-2569) #13 1968
I Forgot More Than You'll Ever Know-Skeeter Davis (RCA 47-7293) 1958
Bread And Butter-The Newbeats (Hickory 45-1269) #2 1964
Just As Long As I Have You-Don Williams (RCA  9119-7-R) 1990  #4 Country
Gonna Move-Les Dudek (Columbia 3-10744) 1978
Kiss This-Aaron Tippin (Lyric Street ED-11282)   #42 2000  #1 Country
B side People Like Us #17 2000
Aaron Tippin's Kiss This is the first actual 45 that is associated with music in 2000 and after.   While Bullfrogspond called it an album cut, there was an actual 45 probably made for jukeboxes.  Tippin's output I have never cared much for, but this was the one that put Disney's Nashville label Lyric Street on the map. Perhaps this could have been a harder rocking song if you take the fiddles off.  B side People Like Us also got some airplay, Kiss This made number 1 on the country chart and number 42 on the pop side of things.  Given the crap heard on top 40 nowadays, it's unthinkable that this would have charted that high.  Rock The Boat had the Van McCoy drum thump tho he didn't produce it, but one of the finest R and B songs of 1974, even tho it was overplayed to death.   And sometimes the oldies stations will dust off to play. People Like Us sounds like Georgia Satellites.
Don Williams, on this song had Barry Beckett and not Garth Fundis producing and Beckett had more keyboards into the songs, the One Good Well album is quite listenable.  Williams had some RCA success but two albums later, he would be gone.  B side Why Get Up was covered by the Fabulous Thunderbirds. The wacky Bread And Butter was and remains the best song by the Newbeats, with Larry (Parks) Henley, high vocal being the ID of the band.  Novelty songs like this don't get played much anymore but the 45 seems to be in pretty good shape.  Tough Little Buggy was written by Dave Allen, maybe the guy that wroteToo Weak To Fight, looked worse for the wear but plays fantastic, one of the more soulful sounds from Clarence Carter.  And it was surprising to see Skeeter Davis's song not making either the country or pop charts of 1958
CDs
Battle Of The Bands (K Tel 1995)
Peter Tosh-Legalize It (CBS 1977)
K Tel put out three volumes of the Battle Of The Bands, which is really a look at the garage rock music scene in the mid 60s.  I still think those were the best of times rather than the crap rap and plastic pop that has no lasting value.  Of course, The Elektra/Sire/Rhino Nuggets box set has all of these songs and much more.  Funny how K Tel could cram 22 songs on a single LP but when CD came calling, they rarely went past 10 to 12 songs.  Even with 14, it barely crawls over a half hour but all the songs are classic. I Fought The Law, Lies, Question Of Temperature, Talk Talk, Pushing too hard, etc. etc.  Cheers for them finding the Gants Road Runner and Blue's Theme from Davey Allen and The Arrows (probably the hardest rock song the Odious Mike Curb ever put his name on this side of Crazy Horses). A Little Bit Of Soul always sounded great at night while driving home. The most obscure would probably be Shake (Ohio Express).  K Tel would continue to issue two more varied Battle Of The Bands albums but the first one is still gold.  As for Peter Tosh, Legalize It was his second Columbia attempt and the radicalness CBS Columbia got cold feet and drop him (the next album would be issued on Rolling Stones Records, the only artist not associated with The Stones was Mr. Tosh).  Equal Rights was probably the better of the two Columbia albums but for two bucks I figured it was still worth getting. Till Your Well Runs Dry, shows that Tosh can do soul music very well too.
Posted by R S Crabb at 10:14 PM No comments: